Get the inside line on what’s unique, special and new near you, straight to your inbox across 28 counties

Home » Interview with The Whip’s Katherine Pearce
Back to Theatre

Interview with The Whip’s Katherine Pearce

We caught up with the talented young northern actor who went from causing drama in Coronation Street to playing a gutsy former cotton mill worker in RSC play The Whip set amid the abolition of the slave trade in 1833.

A new audio recording re-unites the original cast and will premiere on the RSC’s You Tube channel on Thurs Oct 29 at 7pm, as part of Black History Month.

Young northern stage and screen star Katherine Pearce is playing one of four central characters in an arresting new play by playwright and journalist Juliet Gilkes Romero exploring the abolishment of slavery in the UK – and the price of that freedom.

The Whip, sheds light on the charismatic female freedom fighters who helped achieve this and looks at a crucial part of black British history, one rarely told on TV screens and history books. This ‘historical quest’ is also a personal one for writer Juliet, a “descendant of the transatlantic slave trade” whose forefathers were taken as slaves to British Guyana, Barbados and Trinidad.

The 1833 Slavery abolition Act formally freed some 800,000 Caribbean slaves who were then the legal property of Britain’s slave owners.  What is less well known is that the same act contained a provision for the financial compensation of the owners of those slaves, by the British taxpayer, for the loss of their “property”

Katherine, plays Horatia Poskitt, a former cotton mill worker who lost one of her children in a cotton mill accident. She then seeks a job with Lord Alexander Boyd, who is trying to steer the slave abolishment bill through parliament. Horatia and former slave, writer and abolitionist Mercy, are passionate about social justice – and in Juliet’s words “represent the true black and working-class roots of the suffragette movement”.

In her debut RSC season, Katherine who trained at Cardiff’s Royal Welsh College, is also performing in Eleanor Rhodes’ “spellbinding” Swinging Sixties take on Shakespeare’s King John as a female Cardinal Pandulph. She sports a fabulous wardrobe and there’s “the mother of all food fights” (Guardian)!

You may also have seen her as Lolly in ITV soap Coronation Street; harrowing BBC drama Three Girls, the award-winning three-part mini-series about the Rochdale grooming scandal starring Maxine Peake and Lesley Sharp, Our Girl and Vera. Film parts have included the Morrissey biopic England is Mine.

Katherine is also an illustrator, who creates prints and T-shirts inspired by women and characters she admires; and is an ardent supporter of the Naz and Matt Foundation, battling homophobia within religious communities.

Horatia sounds like a strong, feisty female character – what appealed to you about playing her?

Coming from the north and a working-class background it’s always appealing to play someone you feel you have something in common with in terms of background not experience.  In many plays before I’ve auditioned to be the maid; it’s a stereotype of being from the north. But in this role, I’m playing someone who poses as a maid as a veneer. It’s a story I’ve not seen before. It focusses on Horatia’s friendship with another woman and their fight for change. For Horatia it’s almost a feminist awakening.  I thought it was interesting to discover her journey in the course of the play.

Is your character real or fictional?

She’s loosely based on Mary Wollstonecraft (writer, philosopher and advocate of women’s rights, author of Vindication of the Rights of Woman in 1790, and mother of Mary Shelley who went on to write Frankenstein). She was the first woman to put in writing questions about what was going on around her and called for the education of her daughter.

What research did you and the rest of the cast do for The Whip?

What research haven’t we done! Juliet sent us a reading list and we have our own little library in the rehearsal room. David Olusoga’s Black and British: A Forgotten History has been very helpful. For Mercy’s character The History of Mary Prince, the true story of an ex-slave and British abolitionist, was critical. It was one of the first accounts of what it was like for her as a slave in the West Indies in the 18th century.

The book I found really interesting was Natives: Race and Class in the Ruins of Empire by Akala (2019), (the UK MOBO-winning musician and poet). He was really aware of how little black British history is taught in school. There aren’t many books written about the cotton mill experience but I looked online and trawled through lots of archives from the era.

Playwright Juliet Gilkes Romero said when writing The Whip she was fired up by a Tweet from HM Treasury in 2018 announcing that the multi-billion slavery compensation bill had finally been paid off by British tax-payers in February 2015. When you first heard this what was your reaction?

Initially it makes you feel really angry what our country did and that we have been paying in our tax bill to cover the cost of slavery. The compensation bill also meant that slaves were working for seven years for free! It was awful and disgusting. That anger was channelled into telling the story.  Modern slavery is going on today with issues like zero contracts; it felt like it’s still very current.

We must tell the story of the forgotten women who fought for the abolishment of slavery – it’s what’s missing in history lessons at school. Before this I didn’t know that the slavery abolishment movement started in women’s suffrage. The suffragettes saw the plight of working-class women was very similar to that of the slaves, in terms of having no rights. 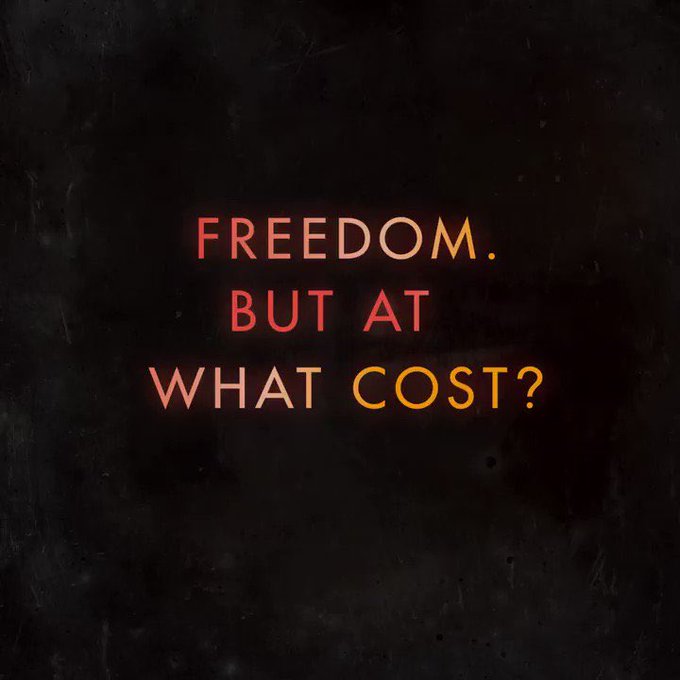 These stories really should be taught in school.  We need to see more representation on TV and film, otherwise people feel invisible. It’s so mad to me that there was such a massive uproar about Mrs Cratchit (Vinette Robinson) in BBC1’s A Christmas Carol being cast as mixed race when it’s historically accurate!

What’s it like working with a fearless director like Kimberley Sykes and are there any Hamilton ‘moments’?

Fearless is the right word to describe Kim! She made the rehearsal space a really safe room. It’s important when you are working on a new work that everyone who feels the need to speak can. It’s incredibly democratic of Kim.

Apart from the four main characters I would very much describe it as an ensemble piece with four different narrators and some surprising theatrical devices. The Whip’s a very politically dense story and Kim has made it exciting to watch – or it could have become a bit ‘Wikipedia’.  She and Juliet have been working on this story for a long time and the narrators helps to move the story along in a dynamic and beautiful way.

Juliet is a massive Hamilton fan – but there are no Hamilton moments, although we did talk about it! We are working with a dynamic Movement director called Coral Messam and have a fantastic musical director Akintayo Akinbode who responded to what came from rehearsals. The result is a combination of African, classical and something that sounds more ethereal. It feels so steeped in all kinds of heritage.

What influenced your take on the gender-flipped Cardinal in King John currently showing at the RSC’s Swan Theatre?

It’s funny I never think of the Cardinal as a man! For King John Eleanor drew a lot of inspiration from The Godfather. When I started playing off Rosie (Sheehy) her King John is an androgynous pant-suited wearing woman in sunglasses so I knew I had to be the opposite.  I went for a heightened version of femininity, very powerful but very nasty.  I cannot tell you how happy I was to play against type and to have such a fabulous wardrobe. Because I look quite cute people don’t tend to see me as the baddie. I am very grateful to be up there on the RSC stage – especially as I’ve never done Shakespeare before!

Who inspired you to act?

My acting inspiration has always been Al Pacino and Meryl Streep, but every single actor I’ve ever been in a company with teaches me something. Actors in general are just a source of inspiration – it takes a lot of nerve to perform.

What music are you  listening to?

I love any music that’s good. But in my headphones right now for previews is Baby Metal, ABBA, Alanis, Doja Cat, Beyoncé, Cher, Celine and Mariah. All the women!

You’re a keen supporter of the Naz and Matt foundation, a charity tackling homophobia triggered by religion – how did that evolve? I worked with Bhavna Limbachia who played Rana Nazir on Coronation Street and she introduced me to the charity as she is one of the patrons and is heavily involved. I was so touched by the charity. Rana and Kate Connor’s relationship in Coronation Street helped raise awareness within the Asian community. Bhavna had quite a few people contacting her in quite a vulnerable state and was able to put them onto the Naz and Matt Foundation.  I’m not a member of the LGBTQI+ community myself but I like to be an ally as much as I can.

Inspired by my time on Corrie I designed this t-shirt – #Kana IDST 4ever and it was really well-received. I also designed another t-shirt for the Naz and Matt Foundation’s #OutAndProudParentsDay t-shirt. (#OutAndProudParentsDay is celebrated every year on July 30 to help more parents understand and accept their LGBTQI+ children).

As well as being an actor you’re an illustrator and t-shirt designer  – can you tell us more about Katz Design?

It was through raising money for EWN (Empowering Women of Nepal) to help support the training of female trek guides for women travellers, I started designing t-shirts of people I admired including Nicola Adams, Joni Mitchell and Frida Kahlo to sell. We sold them all raising around £400. My dad suggested I set it up as a business so I can be more self-sufficient in-between acting jobs.

Were you ever torn between art and drama?

No, I always knew I wanted to do drama. I loved it! Going to the Royal Welsh College of Music and Drama in Cardiff was one of the best decisions I’ve ever made. It felt a long way from Newton-le-Willows, but I loved the city. Before then I was either going to go to Manchester or London.

Me and Rick Astley! My friends and NADOS – our local operatic and drama society. I loved being in musicals like Cats and Chicago from when I was 13.

Being so far away from actual theatre – 40 minutes on a train to Liverpool or Manchester.

And where are you living now?

Before I did this, Manchester. I love living in Manchester. Because my partner is training to be a paramedic with West Midlands Ambulance Service, he and I are looking forward  to moving to the West Midlands!

The Whip and King John run at the Swan Theatre, Stratford-upon-Avon, until Mar 21, 2020.

Tell us what you think Cancel Reply

For the best things happening in Warwickshire & West Midlands

4
23 pub gardens for lunch in the sunshine
Eat